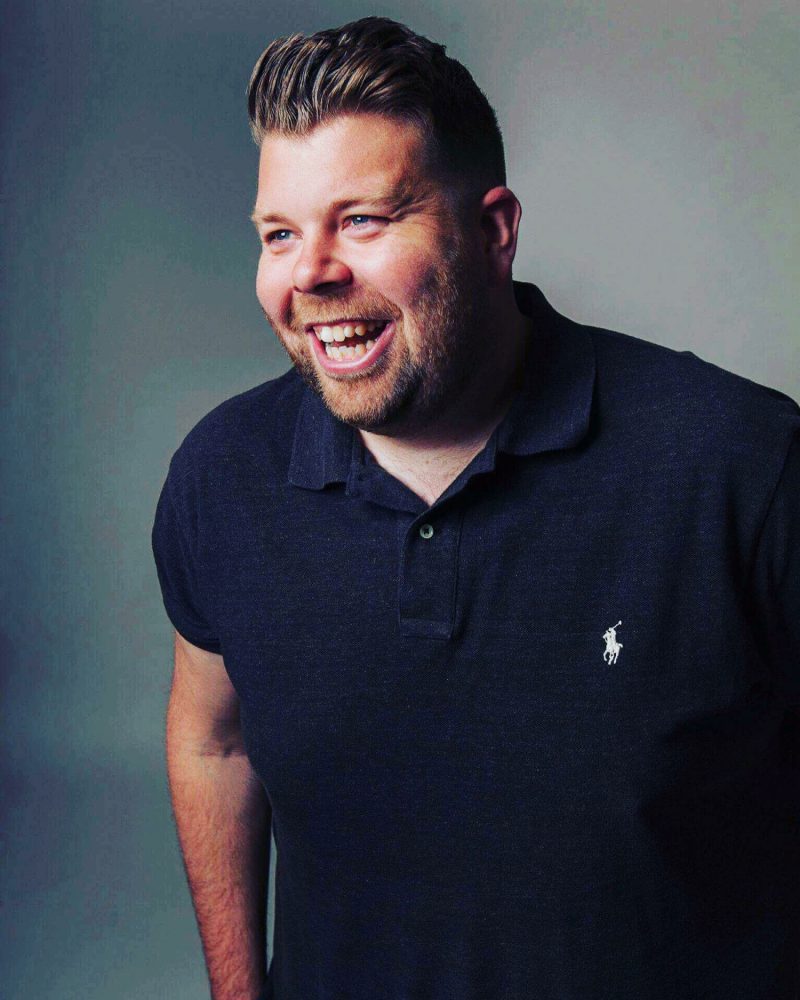 A Rotherham-based videographer is setting his sights on a record-breaking first year after his business was given an unexpected boost by one of the best-known names in the rock industry.

Stuart Turner launched video production business LensGo in the spring after deciding to turn down the chance to build a lucrative career working for a large media agency in favour of using his skills to support South Yorkshire’s business community, with the long-term aim of creating new skilled jobs within Rotherham’s growing creative industries sector

Just a week after opening the doors of his new business, Stuart’s services were snapped up by Def Leppard who commissioned his business to capture a special concert at the Royal Albert Hall, organised to raise funds for the Teenage Cancer Trust.

Although many new entrepreneurs aim to build businesses on rock solid foundations, Stuart was determined his venture would not be one-hit wonder and called upon help from the ERDF funded Sheffield City Region Launchpad programme to unlock the potential offered by his new videography business.

Working closely with business advisor Julia Millea, Stuart began formulating his business ideas and putting his plans into practice. At the same time, Stuart attended workshops exploring how to market his business, as well as learning how he could harness new business opportunities through social media.

With the help and support Stuart received from the Launchpad programme he has successfully secured work with a growing number of businesses throughout the UK, as well as supporting a number of organisations in the Sheffield City Region including, Sheffield City Council, Rotherham United Community Trust, Gulliver’s, Rotherham Hospice, the Doncaster Knights and has even worked with actor Brian Blessed.

Having spent more than a decade working as a professional videographer, Stuart is no stranger to capturing life through a lens, and after building a workforce of camera operators, editors and designers and securing new contracts throughout the UK, LensGo was named as one of South Yorkshire’s most promising new business start-ups at the Barnsley & Rotherham Chamber Business Awards.

“Video is fast becoming one of the best tools to help businesses engage with their customers and audiences and I felt there was a clear gap in the market for our services. I was keen to base my business in Rotherham to help create new skilled jobs within the creative industries sector and since launching the business we’ve successfully built a local, regional and national client base, resulting in new jobs being created within the local economy.

“Having spent most of my career working as a professional videographer, I knew my industry well and working with the Launchpad programme helped to give my business direction – I was conscious that when it comes to video there’s quite a large market for the services but I didn’t want to be all things to all people.

“The workshops provided an invaluable opportunity to learn the latest business tools and techniques whilst the one-to-one sessions enabled me to focus on developing my business model and strategy. Since completing the training, I’ve put the lessons into practice, helping me to attract new clients as well as developing the company’s social media profile.

“Stuart has come a very long way in a short space of time. Working as a freelancer for a number of years, Stuart benefitted from an insight into what is needed to run a business, but there can be very different challenges associated with running your own company.
“A key element of the Launchpad programme is encouraging entrepreneurs to understand the importance of business planning, enabling the business to grow and develop. Stuart has gained a lot from the workshops and one-to-one planning sessions and although he is perhaps more comfortable behind the camera than in front of it, gaining recognition as a finalist at the Barnsley & Rotherham Chamber Business Awards is a well-deserved reward for his efforts over the past few months.